Despite facing weather challenges and artist cancellations, North Coast Music Festival adapted and affirmed why it's Chicago's best end of summer party. During Labor Day Weekend (August 31st - September 2nd), the festival took over Union Park with an ultra-modern musical lineup, an abundance of street art and plenty of urban flare. From the time the gates opened every afternoon to shutting down after-party clubs each night, the city was buzzing all weekend long. 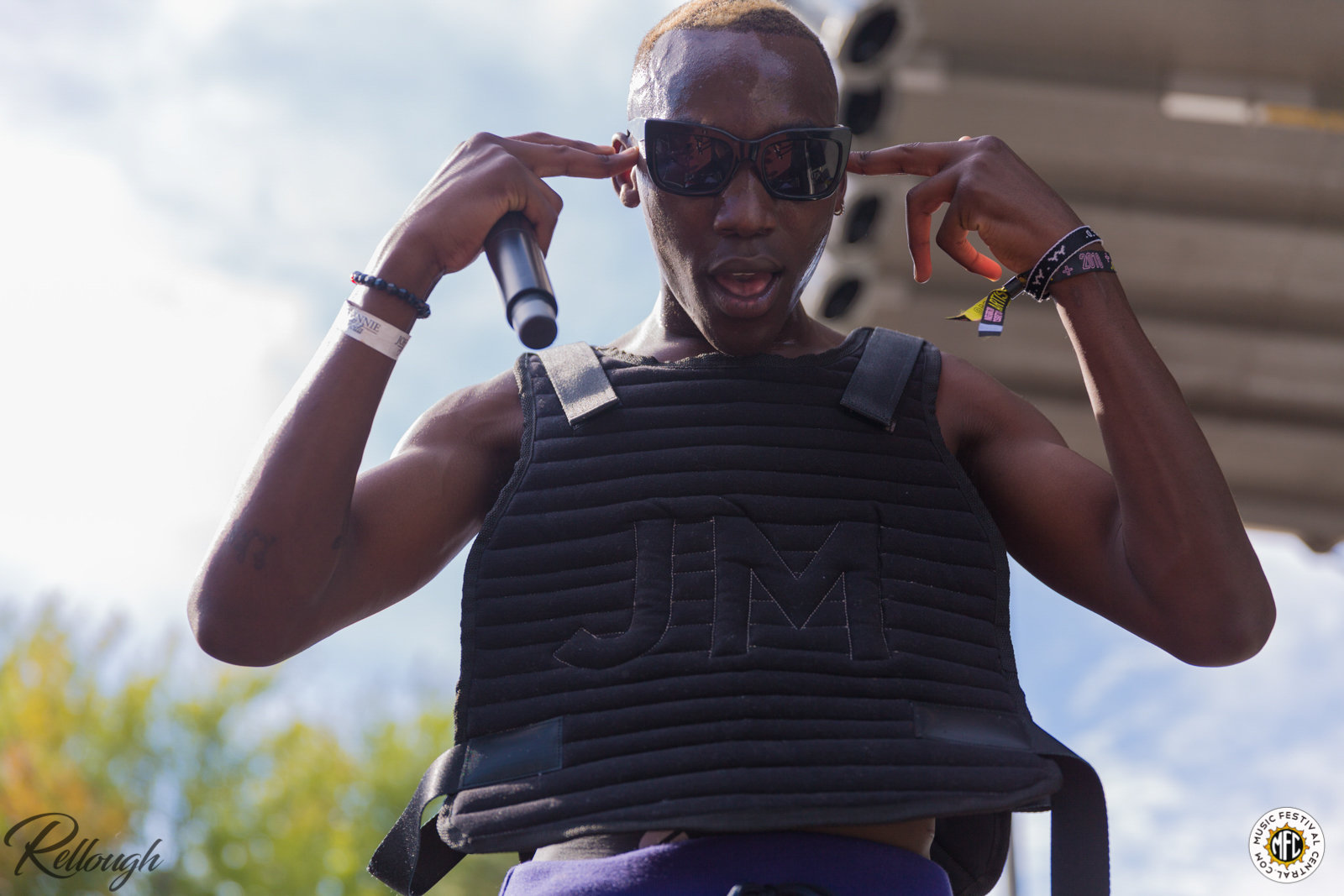 Despite dropping tattoed rappers Lil Skies and Lil Xan before the event even started, the Hip-Hop presence at this year's festival was strong. NCMF made that clear as they slated a stacked collection of young lyrical talent on Friday. Armed with an amplifier and a barrage of beats and rhymes, the Aux Cord DJ's took over the Monaco side stage on day one. Attendees arrived early to witness this collection of rising rappers hype the first-ever curated stage in NCMF history.

By mid-day, the sun was high with a creeping overcast. The Hip-Hop began to flood onto the main stages. While not a rapper himself, Barclay Crenshaw got the evening juices flowing with his DJ blend of heavy Hip-Hop inspired swag and extraterrestrial sounding melodies. As the clouds continued to gather so did the crowds for high-energy sets from rappers Smokepurpp and local overnight superstar Juice Wrld on the Coast Stage. 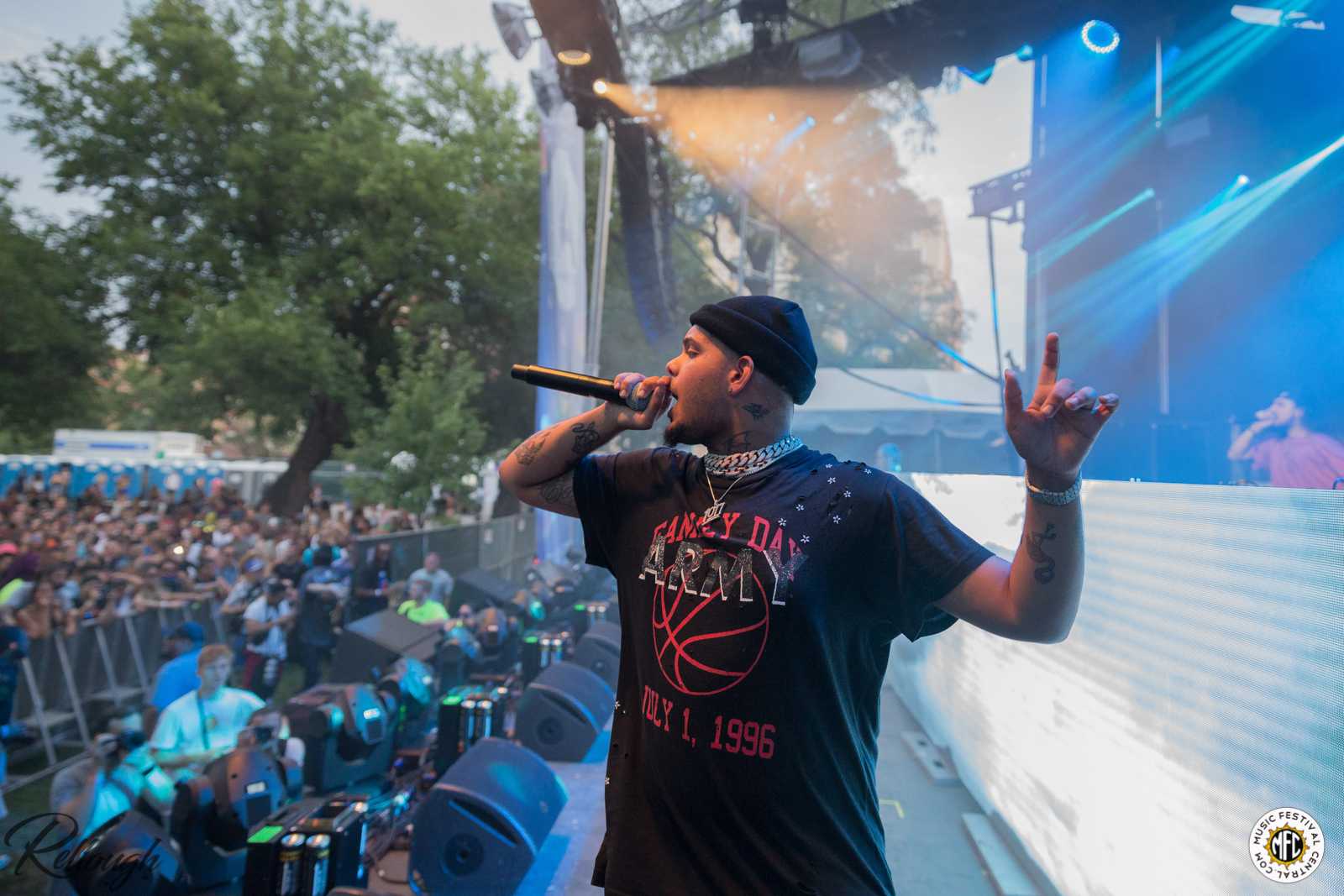 That intense energy carried through the evening as Too Many Zooz belted out a New Orleans style brass dance party on the North Stage. The opposite end of the park housed the Attendee Stage and heavy dubstepper Snails for a wompy sunset rager. Suddenly, halfway through the headbanging, the rain began to pour. Seemingly out of nowhere, the pertinent weather caused an evacuation and eventual canceling of the Friday night headliner, Miguel.

The crowd left the fest wet and disappointed as Miguel was a major draw for many patrons. However, in a last-minute scramble, organizers were able to make adjustments and shocked everyone with a surprise performance change that welcomed the R&B favorite to the intimate Concord Music Hall for what many said was a very special performance.

Coasties woke up Saturday to heavy cloud coverage and an alert from NCMF stating the festival will be opening an hour late. The North Coast Crew worked hard to fix the grounds after the heavy rainfall. By 3PM, gates reopened for the second day of music as the Saturday crowd was not scathed by the bleak weather outlook. 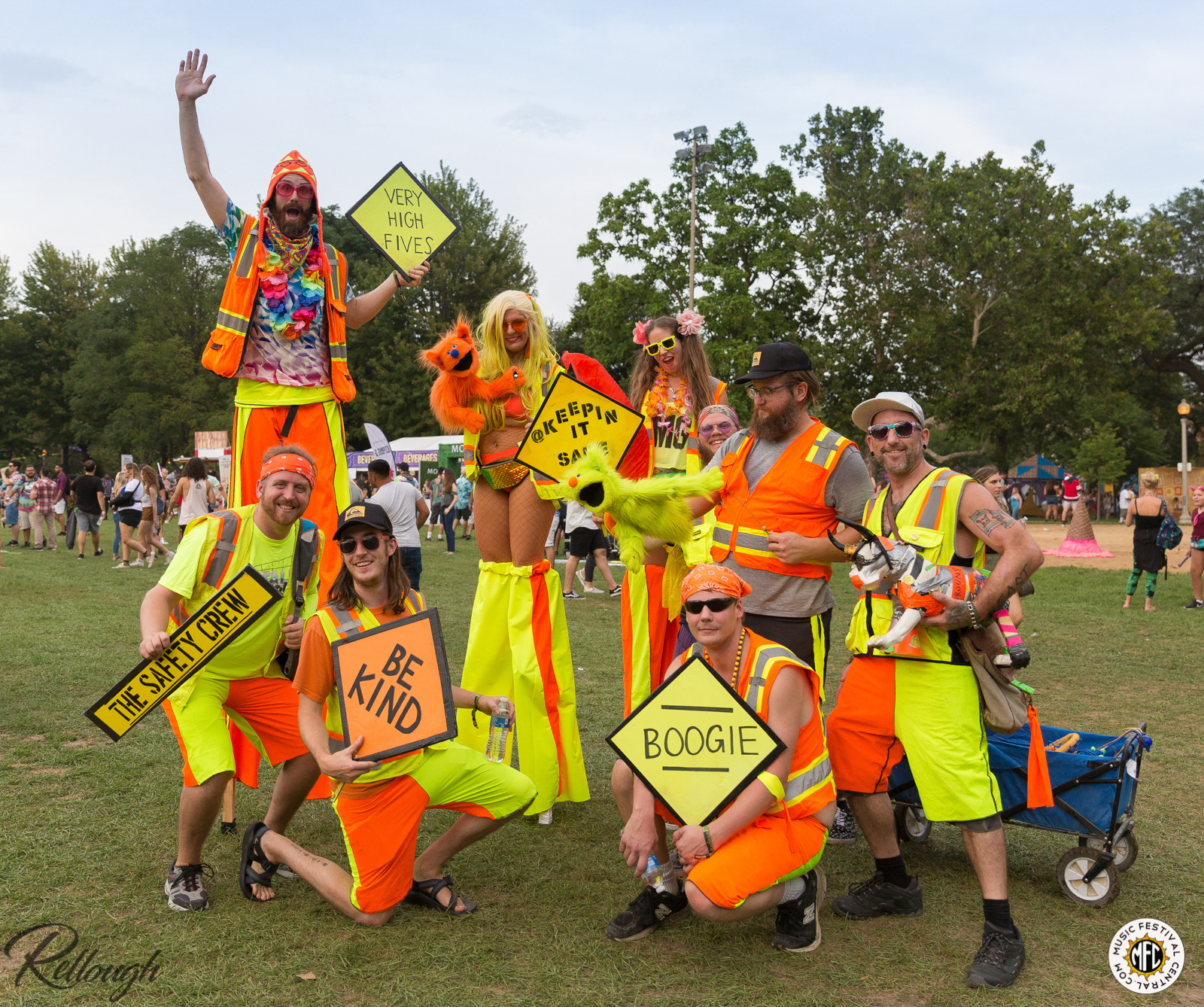 For those that stepped through security on day two by the basketball courts were welcomed with an abundance of wordsmiths, thumping beats and a bright display of graffiti art sprawled along near the Silent Disco. Day two featured another carefully curated event on the Monaco Stage hosted by Chicago's own Hip-Hop blog, Lyrical Lemonade. Rappers such as Qari, Ronsocold, Cousin Stizz, and Madeintyo kept the Hip-Hop vibes flowing throughout the day into the evening.

Between the scattered sunshine and sprinkling raindrops, The Polish Ambassador released a unique sound to the air. Backed by a guitar, drumset, violin and more; TPA had the crowd bouncing and flowing along the damp grass. By the time RL Grime hit the main stage the rain had completely stopped. The Trap King took this opportunity to light up the North Coast Stage with hard-hitting bass and live pyrotechnics. His energy undoubtedly got the crowd fired up for the Saturday Night headliner and trap superstar, DJ Snake.

Unfortunately, just as Vulfpeck was wrapping up a warp speed set of funk, the loudspeaker turned on throughout the park. "Due to inclement weather please evacuate the festival until further notice." A collective groan was let out by the festival goers because once again the headliners have been dismissed for the evening. As the lightning flashed alongside a dash a rumbling thunder, the Coasties dispersed defeated. 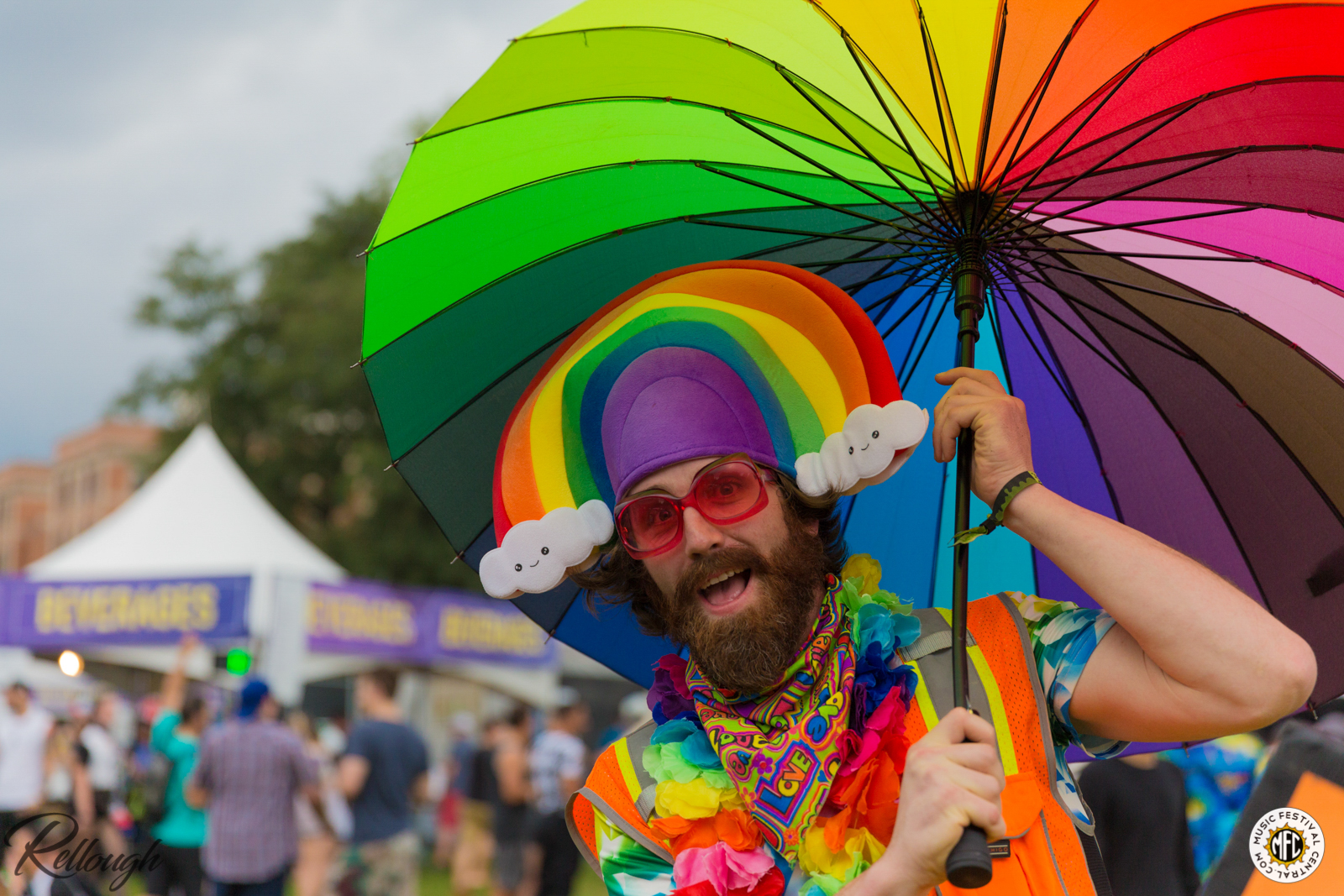 Hope was on the horizon as Sunday brought bountiful sunshine and an elevated sense of optimism. Before opening the festival gates, attendees received a message saying that all Friday and Saturday ticket buyers will be allowed to return for Sunday's festivities. After having to cancel two nights of music, NCMF tried to salvage the weekend with this offer. It seemed to have worked as Sunday welcomed the biggest crowd and perhaps one of the most anticipated headliners in Chicago all year.

Ticket holders wasted no time taking advantage of the sunny afternoon on the final day. Just after lunchtime, the park began to fill. Following a moment to soak in the amazing artwork and unique sculptures provided by the Living Gallery and a slew of local creatives, many turned to the stages. The basketball courts saw a shift in sound as Rap was replaced by House and heavy Electronic. The Monaco stage was taken over by a Chicago's Most Wanted curated event while the Silent Disco bumped House and Tech in the headphones beside them.

Local DJ/Instrumentalist Cofresi got things going early on the North Stage with his brand of dance music created using his half acoustic/half electronic drumkit. Artists Kami and Rapsody kept things alive on the Attendee Stage before the Funktronic mega-man, Gramatik took over. The NCMF veteran treated the crowd to a supped up barrage of future funk beats that set the tone for the rest of the fest. 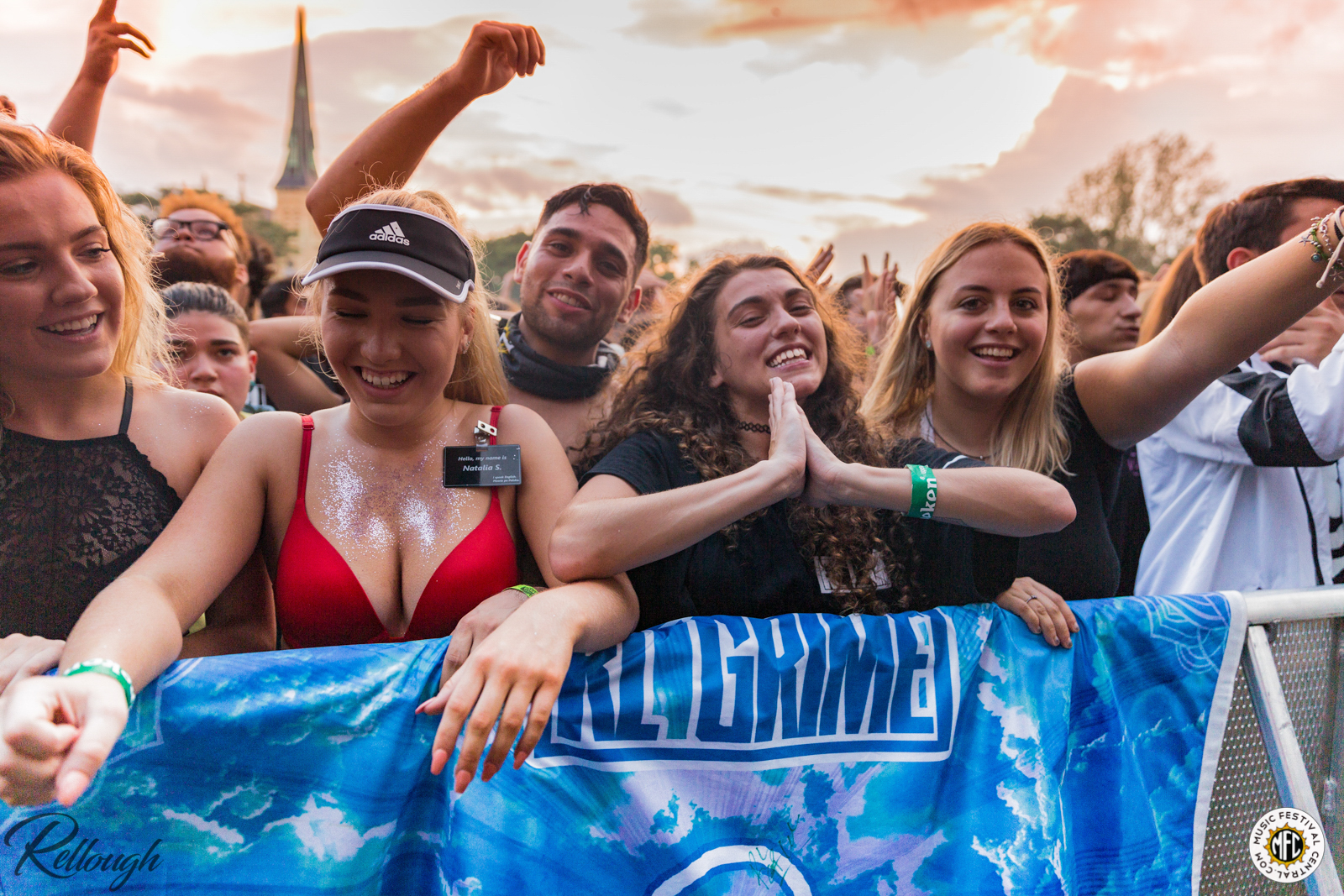 Following Gramatik's groove-infused set, the overall sense of anticipation was becoming more evident as people began to crowd the North Stage for the return of Jamiroquai. The U.K. based band disappeared from touring the United States in the early 2000's and has been elusive and mysterious ever since. Somehow, the brains behind NCMF were able to coax the space-funk collective to return to Chicago after over a decade.

The wait was well worth it. From the second their set time started it was a non-stop stellar performance. They jammed seamlessly through songs like "Shake It Off", "Space Cowboy", "Cosmic Girl", and "Travelling Without Moving" to name a few. Songs that defined their timeless sound and brought the whole festival together for a final dance under the stars.

This moment really defined why North Coast has continued to set themselves apart from their counterparts. Uniting in the middle of a legendary headlining performance with everyone from yuppies to hippies ranging in age and demeanor over music and good vibes. Everyone was dancing together and smiling with one another with a big city backdrop. Despite being rained out twice, dealing with artist cancellations and schedule shifts, NCMF, and its patrons overcame. By withstanding the storm and adapting to obstacles NCMF was still able to create an unmatchable magic and proves its perseverance and dedication to music fans everywhere. 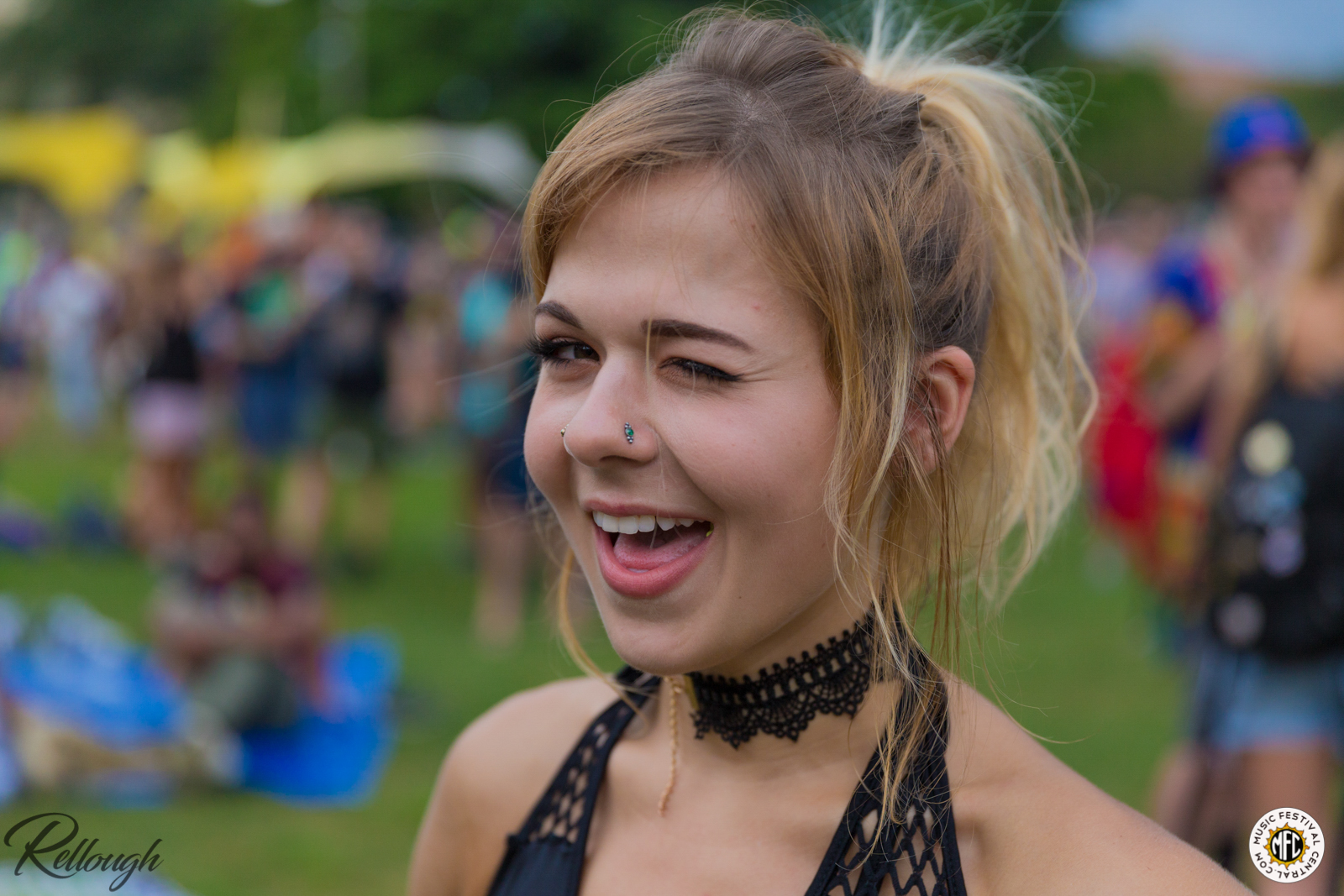