On March 23rd at 2PM (EST), Send It Events and Bandsintown will be joining forces to debut one of the most well-produced livestream-like sets in history.  The set features Sacha Robotti on the flight deck of the famed USS Hornet in Alameda, CA, during the company's first-ever event, ALL HANDS ON DECK!  The performance will be aired on Bandsintown's Twitch profile via Live.Bandsintown.com.

In addition to the talents of Slothacid's own Sacha Robotti, viewers can look forward to seeing the Send It Dancers, as well as, the Sloth Dancers (aka Slogos from Supernovas Entertainment) perform throughout the set.  Furthermore, crews at Top Shelf LED and Owl Vision LLC brought in industry-standard lasers and lighting that will blow you away.

All in all, it's one-hour of epic footage that you don't want to miss.

Alike ALL HANDS ON DECK!, the goal of this broadcast is to raise money for Direct Relief.  Direct Relief is a non-profit that generates funds and medical supplies to combat disasters across the globe.  They have been fighting COVID-19 since day one and are one of the only companies that put 100% of donations towards measures to remedy disasters.

Following the performance of Sacha Robotti, Send It Events will be releasing the remaining sets from ALL HANDS ON DECK! which include Autograf and the EVeryman & EVerywoman Experience.  Release dates coming soon.

STREAM ALL HANDS ON DECK! 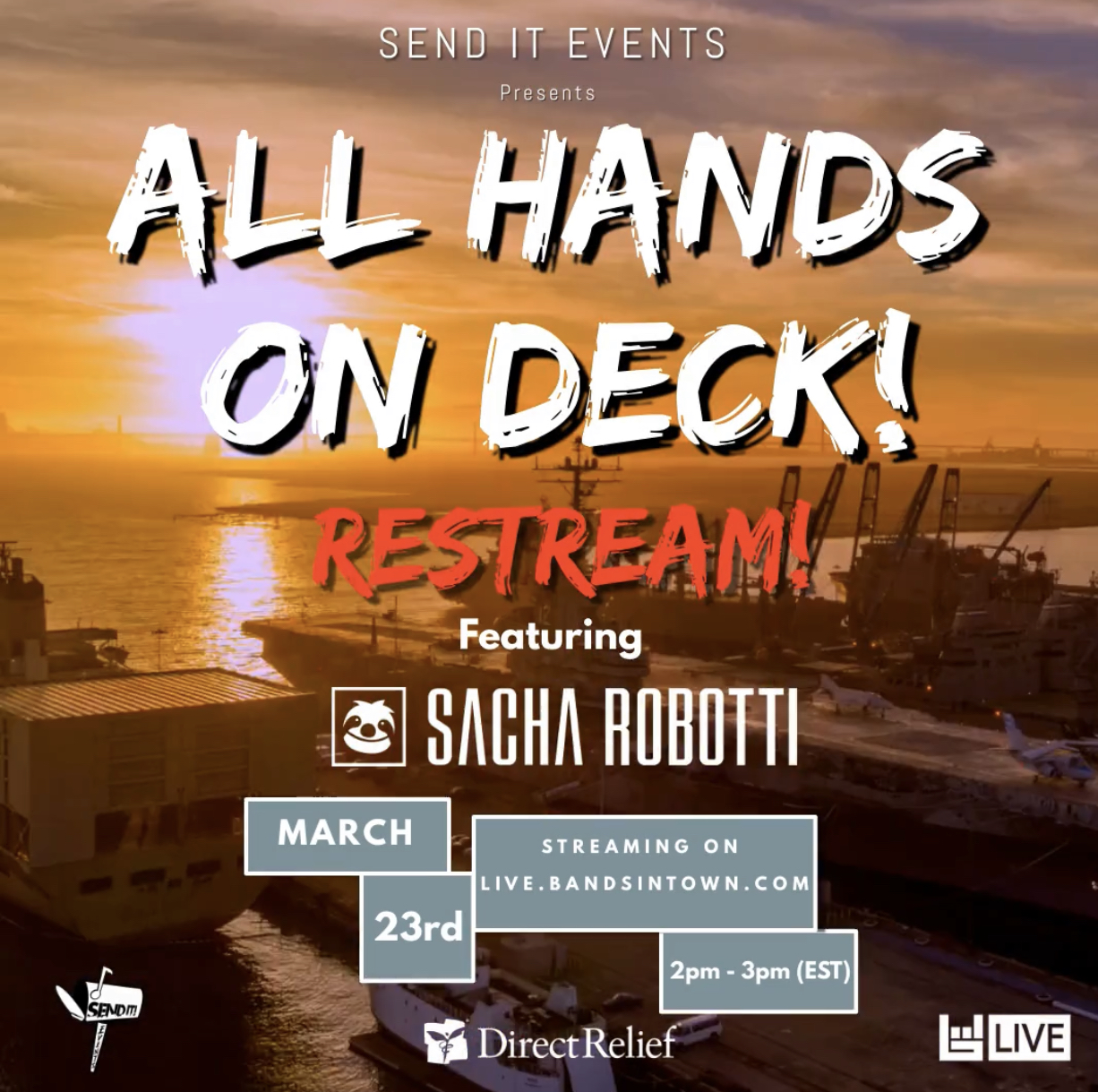